This one hour phone discussion will review abstracts and presentation given at the International Continence Society 2013 annual meeting in Barcelona August 28 to 30.  Abstracts most relevant to pelvic PT will be the focus.  Although we should not base clinical decision making on one abstract - these snap shots of research are the cutting edge and often foreshadow upcoming changes in practice.  So, if you want to be on the cutting edge of pelvic therapy - join us for a interactive discussion.


Registration for the course will include live conference call, access to conference call download (just in case you cannot attend the live version) and handout.  Instructions to access abstracts also available.


Start by going to my web site and registering for the course. It is only necessary to complete those items with the red asterisk       http://www.bethshelly.com/courses.html


Please email me at beth@bethshelly.com if you have questions.
Posted by Beth Shelly, PT, DPT, WCS, BCB PMD at 2:32 PM No comments:

Women with provoked vestibulodynia experience clinically significant reductions in pain regardless of treatment: Results from a 2-year follow-up study.

Introduction Provoked vestibulodynia (PVD) is a prevalent genital pain syndrome that has been assumed to be chronic, with little spontaneous remission. Despite this assumption, there is a dearth of empirical evidence regarding the progression of PVD in a natural setting. Although many treatments are available, there is no single treatment that has demonstrated efficacy above others.
Aims The aims of this secondary analysis of a prospective study were to (i) assess changes over a 2-year period in pain, depressive symptoms, and sexual outcomes in women with PVD; and (ii) examine changes based on treatment(s) type.


Results Two hundred thirty-nine women with PVD completed both time one and two questionnaires. For the sample as a whole, there was significant improvement over 2 years on pain ratings, sexual satisfaction, sexual function, and depressive symptoms. The most commonly received treatments were physical therapy, sex/psychotherapy, and medical treatment, although 41.0% did not undergo any treatment. Women receiving no treatment also improved significantly on pain ratings. No single treatment type predicted better outcome for any variable except depressive symptoms, in which women who underwent surgery were more likely to improve.
Discussion These results suggest that PVD may significantly reduce in severity over time. Participants demonstrated clinically significant pain improvement, even when they did not receive treatment. Furthermore, the only single treatment type predicting better outcomes was surgery, and only for depressive symptoms, accounting for only 2.3% of the variance. These data do not demonstrate the superiority of any one treatment and underscore the need to have control groups in PVD treatment trials, otherwise improvements may simply be the result of natural progression.
Posted by Beth Shelly, PT, DPT, WCS, BCB PMD at 8:57 PM No comments:

Does self-motivation improve success rates in pelvic floor muscle training in women with urinary incontinence in a secondary care setting? 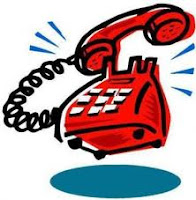 
Primary Aim:  To determine the effect of women’s self-motivation to perform pelvic floor muscle training (PFMT) on outcome, assessing both pre- and post-treatment with PFMT

Too tight to give birth? Assessment of pelvic floor muscle function in 277 nulliparous pregnant women


Subjects:  At week 18 of their first pregnancy, 300 women were recruited at the time of their assessment.  Exclusion criteria:  multiple pregnancies or miscarriages after week gestational 16; premature birth before 32 weeks, stillbirth, or serious illness of child or mother.

Well here it is telemetry pressure PFM training.  This device works with your smart phone and a web based platform to provide individualized home biofeedback.  The device is a vaginal pressure biofeedback which displays contraction on the patient's phone.  It is programmed and monitored by the PT.  Very good for compliance checking or in situations where the PT is very far from the patient.  I certainly think there is a patient population for this device and it is worth a look for the treatment of simple PFM weakness.  Just to be sure I would never prescribe this without an internal exam and EMG evaluation in my clinic to identify overactive PFM.  Pressure is not useful for overactive PFM down training - need to stick with EMG, imaging or palpation for that.  Also want to monitor closely to make sure they are not bearing down and provide other treatments like bladder training and coordination of PFM during lifting and sneezing.   I would love to hear your thoughts on this device.
www.birdisolutions.com